According to studies, the life expectancy of solar panels is about 32 years before decommissioning.
During the life of photovoltaic panels, a 20 per cent decrease in power capacity might occur. Between the first 10 to 12 years, the maximum decrease in efficiency is 10 per cent, and 20 per cent when reaching 25 years. These figures are guaranteed by the majority of manufacturers.
Still, experience shows that, in reality, the efficiency drops by merely 6 to 8 per cent after 25 years. The lifespan of solar panels may thus be much longer than officially stated. The lifespan of high quality PV panels may even reach 30 to 40 years, and be still functional afterwards, though with decreasing efficacy.
There are two main types of solar panels, requiring different recycling approaches. Both types—silicon based and thin-film based—can be recycled using distinct industrial processes. Currently, silicon based panels are more common, though that does not mean that there would not be great value in the materials of thin-film based cells.
Research studies conducted on the topic of recycling solar panels have resulted in numerous technologies. Some of them even reach an astonishing 96% recycling efficiency, but the aim is to raise the bar higher in the future. 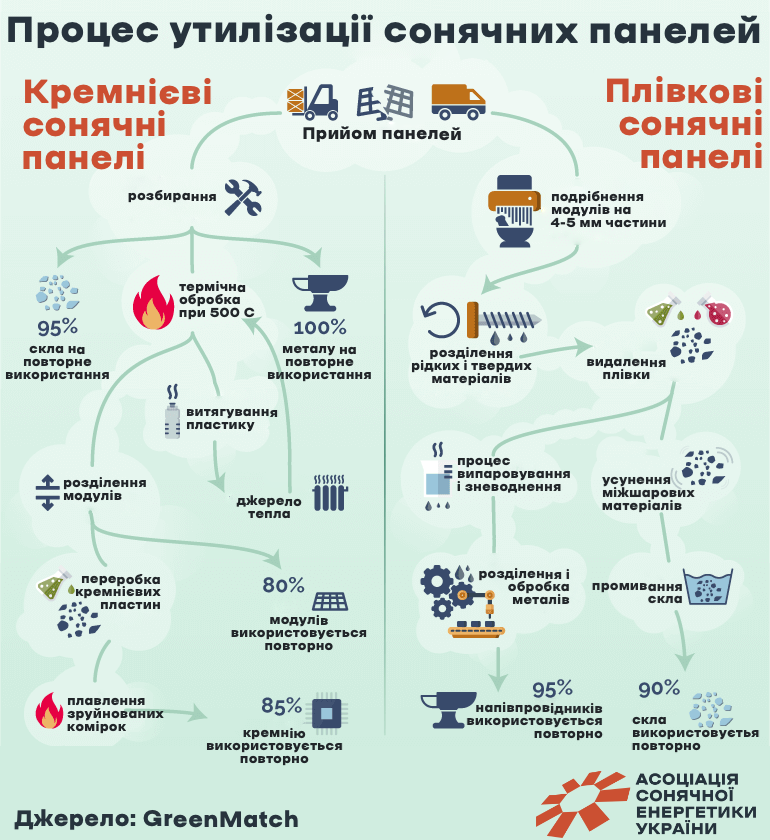