Solar Energy Association of Ukraine addressed an official letter to Denys Hetmantseva – Chairman of the Committee on Finance, Tax and Customs Policy of the Verkhovna Rada of Ukraine regarding changes in excise duty rates for electricity producers from PV and WPP.

ASEU believes that the introduction of excise tax on transactions for the sale of “green” energy violates the principle of stability of tax legislation.

Representatives of the solar industry also note that this initiative contradicts the state guarantees provided by the Government and signed by Denys Shmygal – Prime Minister of Ukraine on June 10, 2020, in the framework of a memorandum of understanding on resolving issues in the field of renewable energy in Ukraine.

As a result, the imposition of an excise tax on “green” electricity will de facto worsen the economic activity of RES producers, which will be a gross violation of investors’ rights, harm the investment climate throughout the country and make it impossible to attract funds for new environmental projects.

In view of the above and other numerous negative consequences for the development of RES in Ukraine, ASEU asks Denys Getmantsev to keep in the current version of paragraph 213.2.8. § 213.2. Art. 213 of the Civil Code of Ukraine and to bring to the attention of the members of the Committee the position of the representatives of the solar energy sector regarding the Government’s initiative to introduce an excise tax on electricity from PV and WPPs. 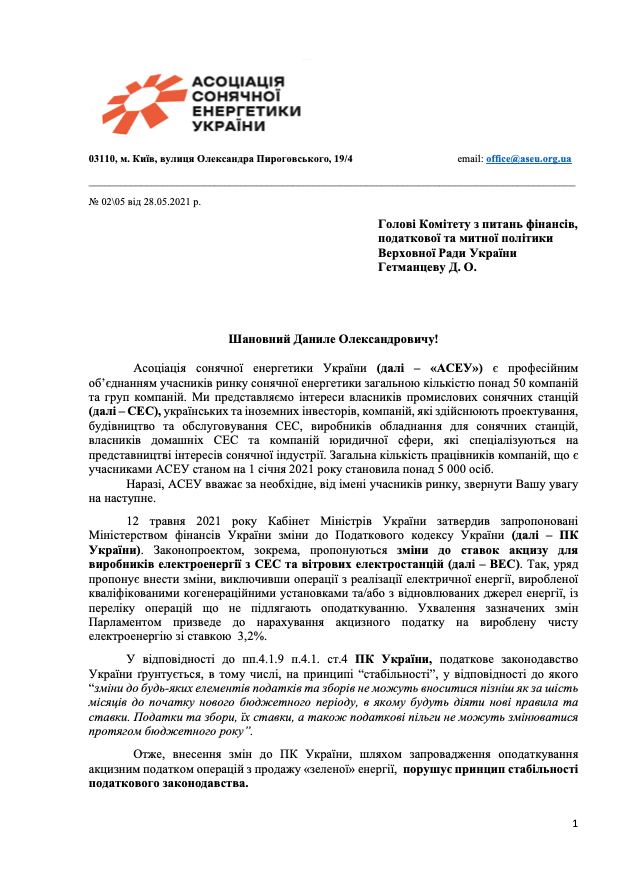 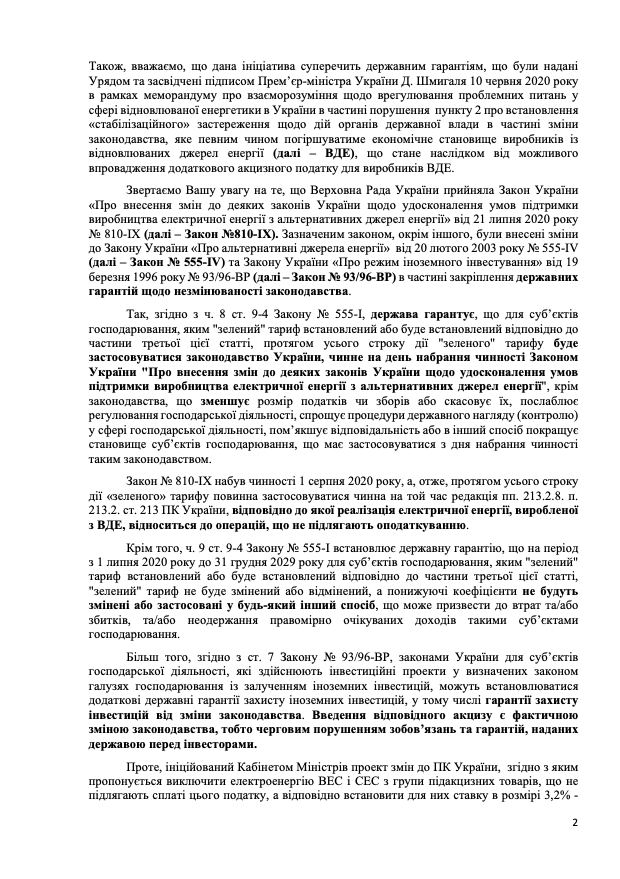 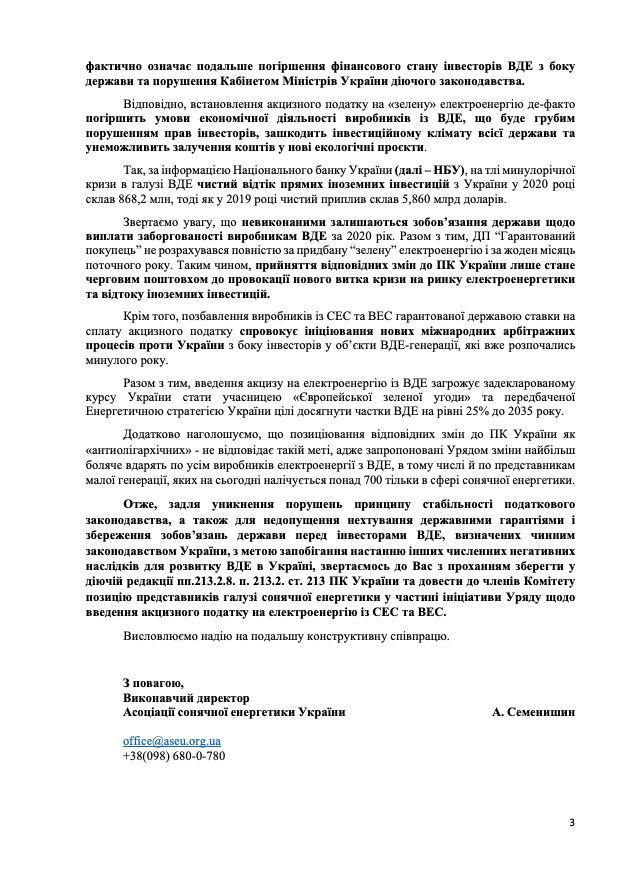