Solar Energy Association of Ukraine, the Ukrainian Wind Energy Association, the European-Ukrainian Energy Agency and Ukrainian Renewable Energy Association, which unites more than 90% of international and Ukrainian investors in the renewable energy sector in Ukraine, appealed to the Director of Guaranteed Buyer.
In the letter, Associations reported that the instruction of the National Commission for Regulation of Economic Competition to send 50% of the funds of SE “Guaranteed Buyer” received from NEC “Ukrenergo” to repay debts to NNEGC “Energoatom” contradicts the Law of Ukraine №1510-VIII «On National Energy Regulatory Commission”.
As specified in the Memorandum of Understanding, the Guaranteed Buyer should repay 40% of its debt to RES generation by the end of 2020. For this purpose, NPC Ukrenergo received loan funds under state guarantees. If SE “Guaranteed Buyer” repays the “old” debt to electricity producers with RES in the amount of less than 40% at the expense of loans received by NEC Ukrenergo, this will lead to several negative consequences, including non-fulfilment of obligations producers of electricity from RES on bank loans, initiating the application of provisions on political risk insurance in the framework of MFI financing and arbitration proceedings against Ukraine under the current Agreements on Promotion and Mutual Protection of Investments, as well as the Energy Charter. 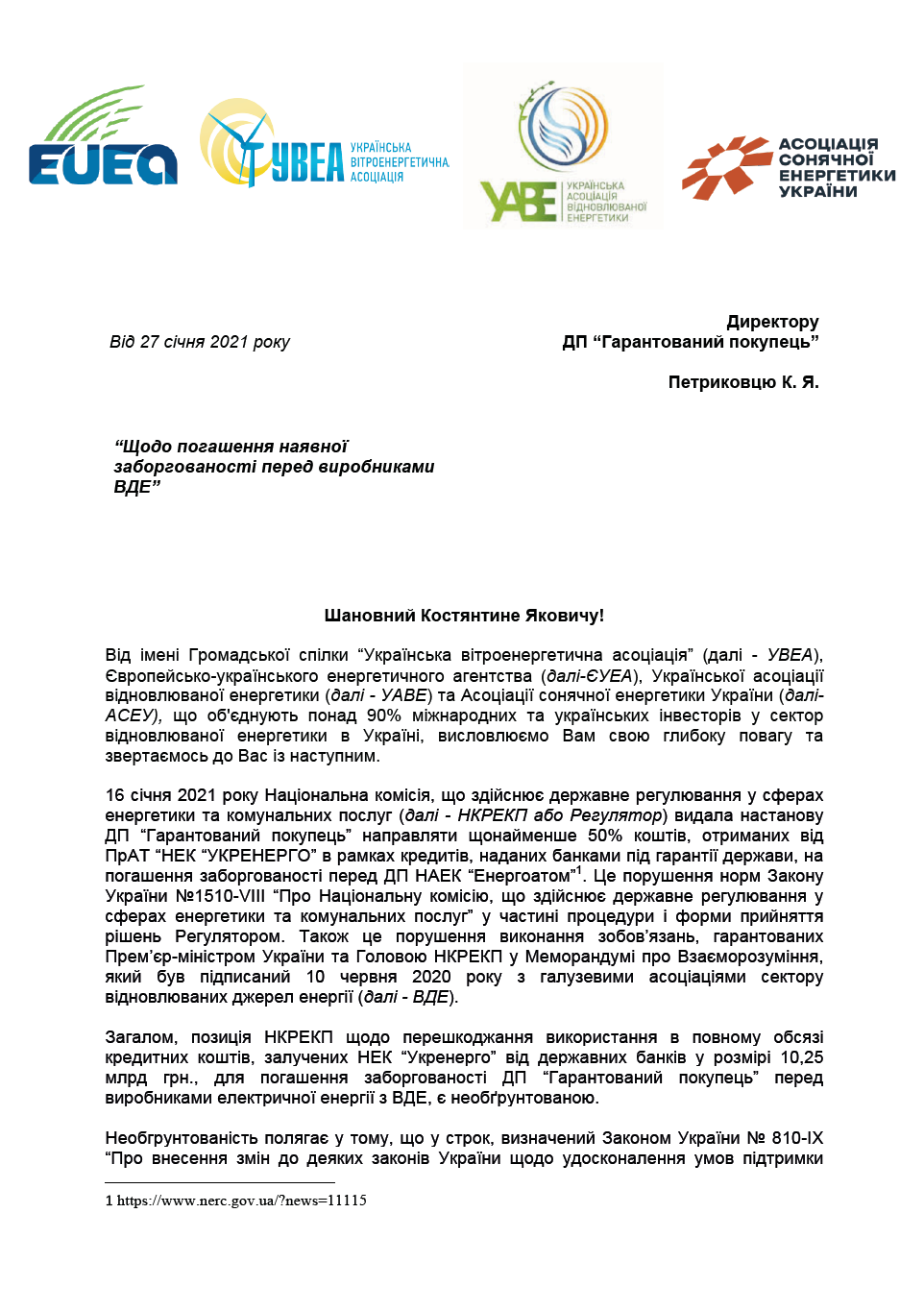 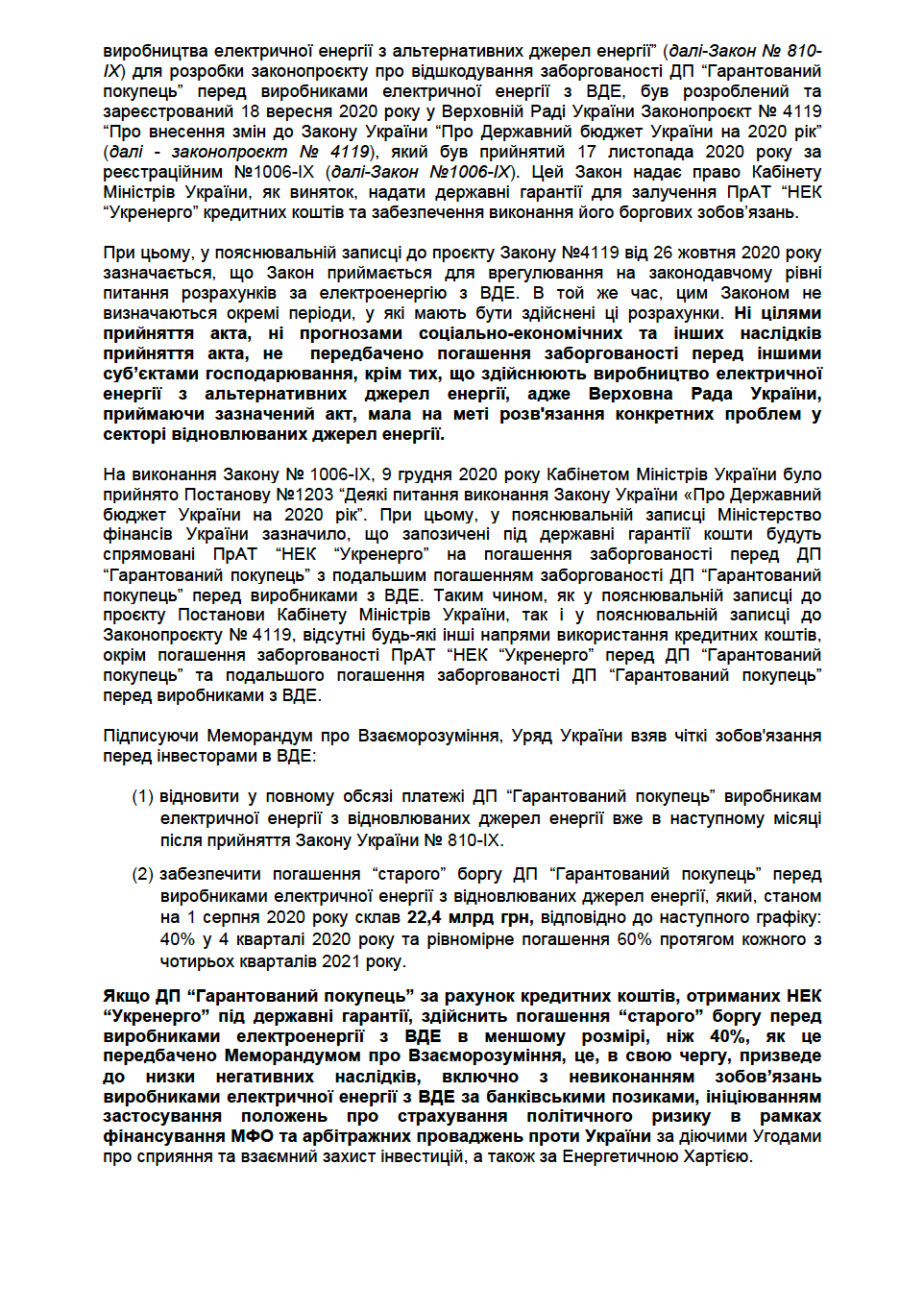 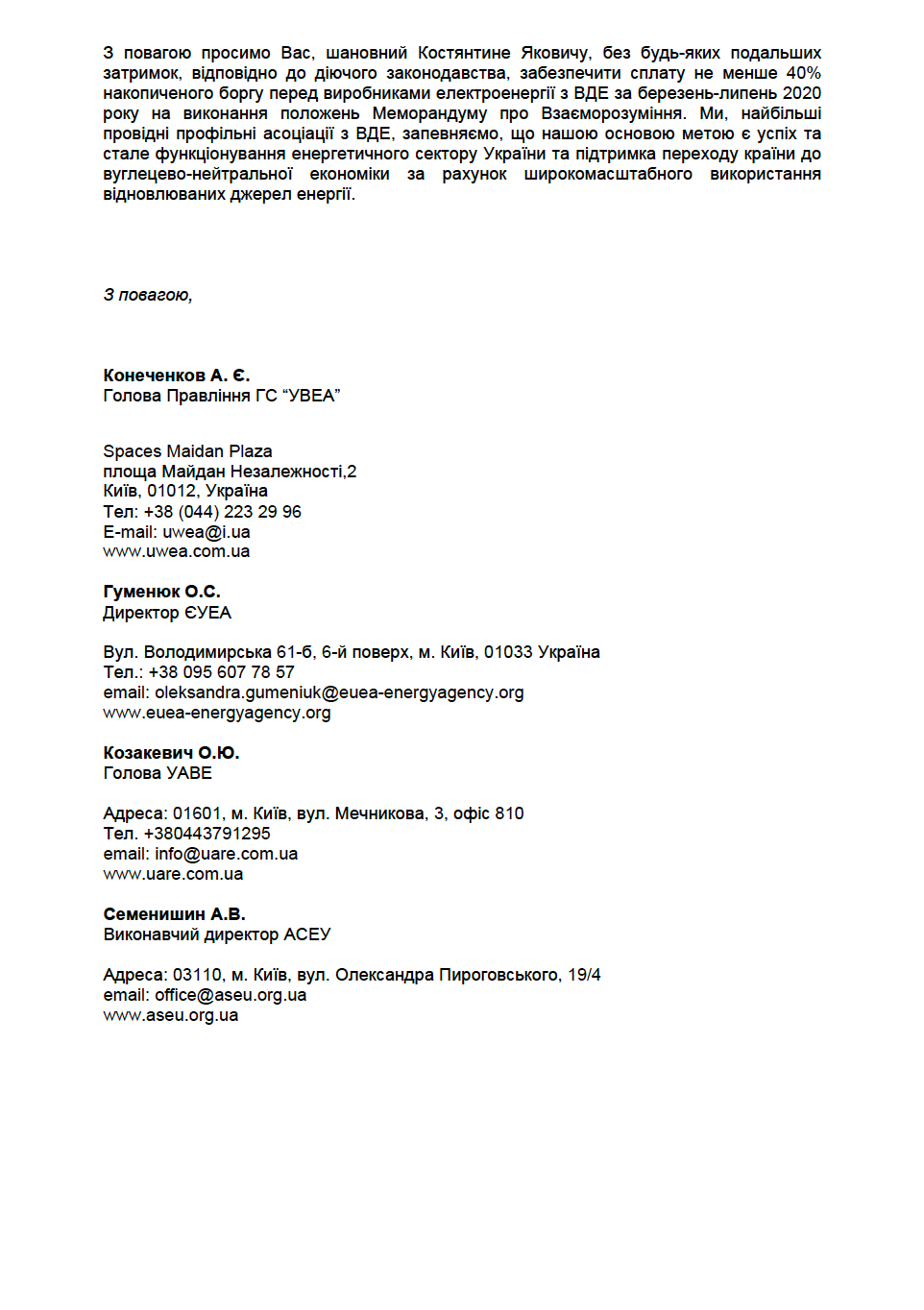