On January 27, the National Energy Regulatory Commission will consider amendments to Resolution №766.
In its appeal, the Solar Energy Association of Ukraine stressed the importance of taking into account the interests of electricity producers, because, in case of recurrence of debt to producers from RES, the latter will not be able to timely pay for imbalances, which according to the proposed changes may lead to the establishment of the manufacturer’s status “Pre-default”.
In this regard, the Association asks the Chairman of the NERC to provide that electricity producers will not acquire the status of “Default” for the duration of the status of “Pre-Default” more than seven working days (instead of two) and postpone the implementation of these changes until March 1, 2021 for electricity producers. 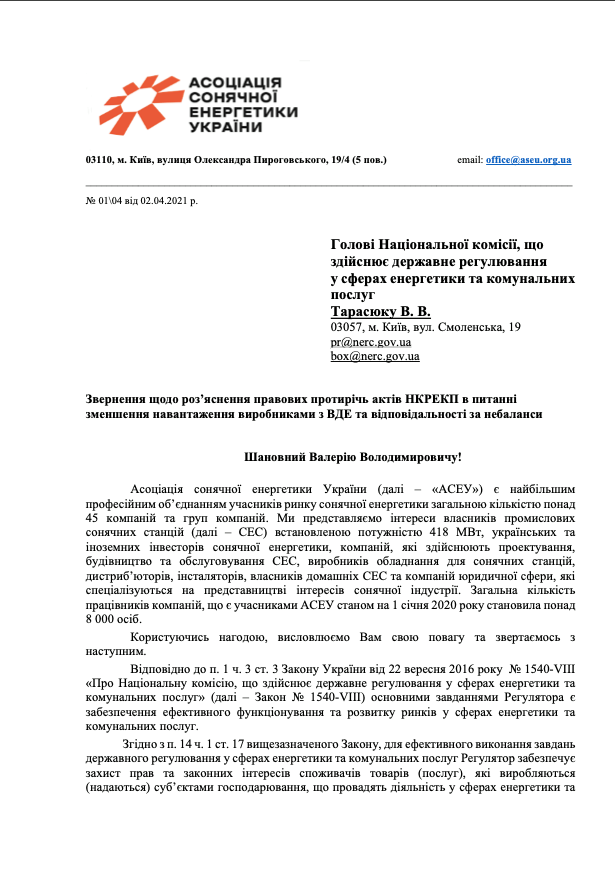 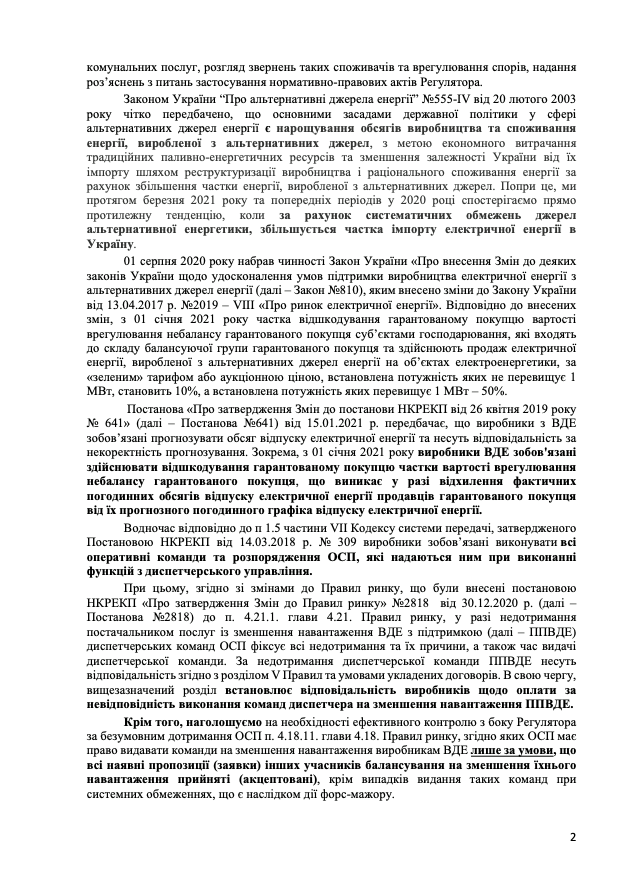 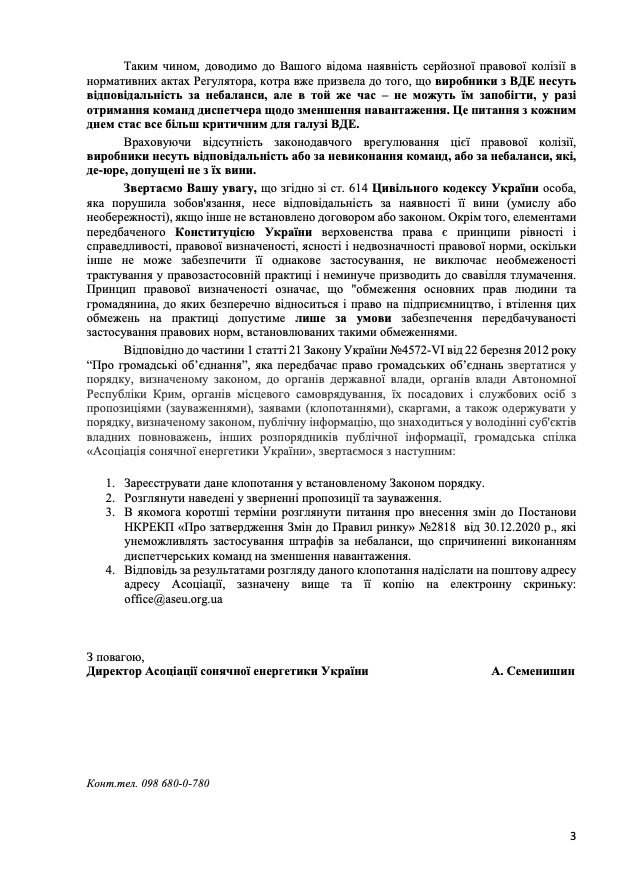