We decided to investigate whether Ukraine has a lot of installed capacity of SPP compared to the area of ​​our country on the example of other European countries.
Ukraine is one of the three largest countries in Europe by area.
As of January 1, 2020, there were 5,487 MW of installed solar capacity in our country. Is it a lot in relation to the area of ​​our country?
The answer lies in the comparative plane.
Germany, which is twice smaller in size, is located in the same climate zone with Ukraine, has almost nine times more of installed capacity of SPP than Ukraine (by the way, these 49 GW significantly helped to reach the level of production of 55% electricity generated from RES in Germany for the first half of 2020).
France, which is slightly larger than Ukraine in area, already has almost twice as much solar generation and continues to develop it.
The Netherlands, which occupies 1/15 of the area of ​​Ukraine, has 20% more solar generation than we.
We should not forget about Britain, which is more than twice the size of Ukraine and has less favourable weather conditions for a solar generation – it would seem that the country is not suitable for large-scale solar energy generation – has as much as 13.3 GW of installed SPP capacity (in 2.5 times more than in Ukraine). Yes, more than twice as much.
This capacity allows Britain to completely abandon its traditional coal for the last three centuries and produce clean energy.
Therefore, in this context, we can safely say that Ukraine has an underestimated potential for the development of solar generation.
Almost the entire territory of our country is suitable for the installation of solar power plants, and we at ASEU believe that Ukraine can not only catch up with other countries in terms of installed capacity from renewable energy sources but also surpass them, by providing proper and balanced government policy. 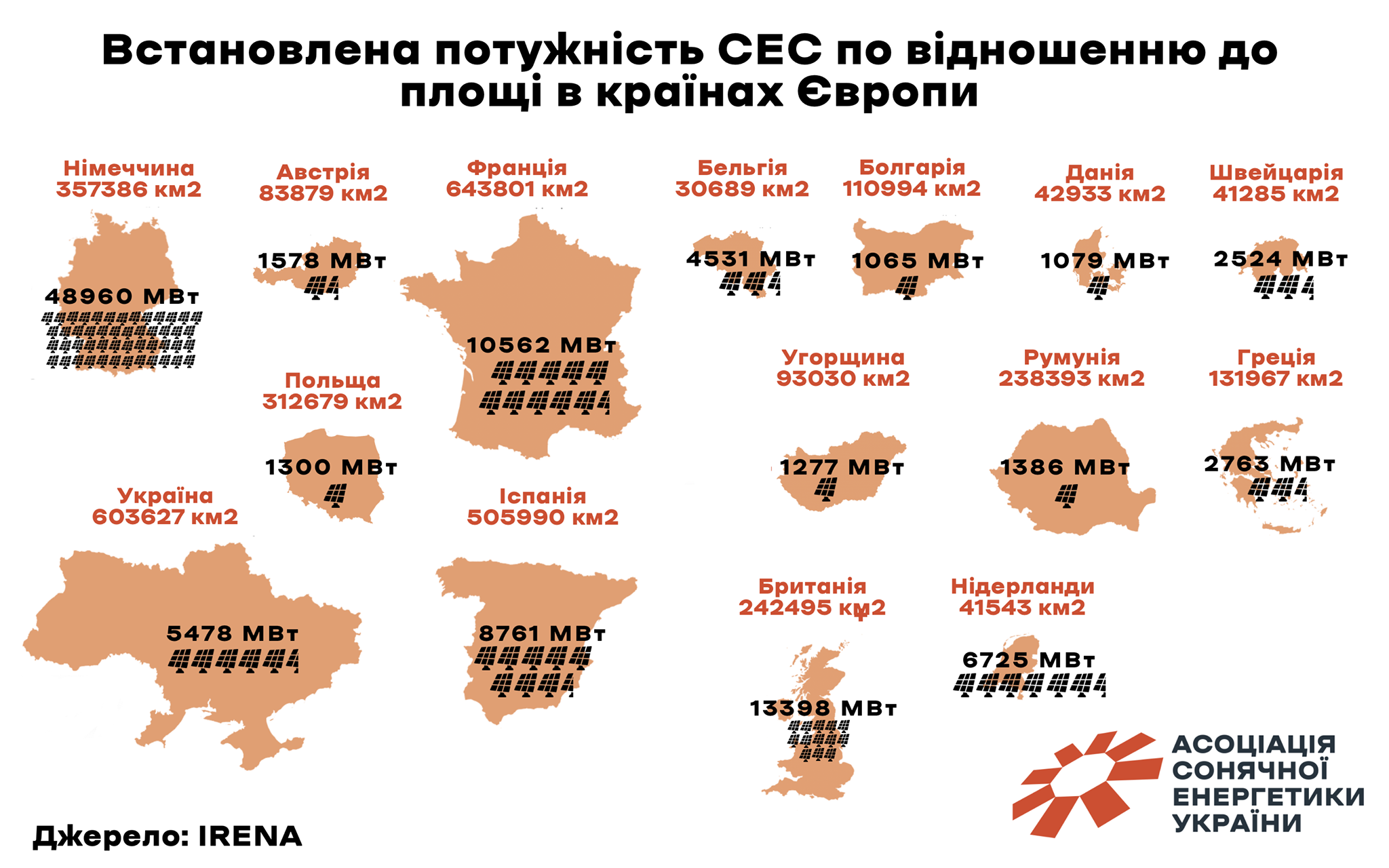