Lyudmyla Polunina, ASEU board member, head of the Solar Energy Investments Ukraine company, shared with us stories about how the company’s SES and employees were under occupation, about problems with green tariff payments, and about dreams and plans for the future.

Lyudmyla, has the activity of the company Solar Energy Investments Ukraine changed with the beginning of a large-scale invasion?

Of course, it has changed. We have mobilized workers who went to defend the Motherland in the ranks of the Armed Forces of Ukraine, and we try to support them in every possible way. In addition, from February 24, 2022, to April 1, 2022, our largest SES, located near the Ukrainian-Belarusian border, was under occupation. As you know, in the first days of the invasion, the occupiers destroyed mobile phone towers in the region and damaged Internet networks. Therefore, for almost a week I was in the dark about the fate of the workers who remained at the stations. Then one of the dispatchers managed to get in touch, and frankly, I was relieved that everyone was alive and well. The worst thing for me was losing people. From March 9, 2022, the Russian invaders damaged the power grids in the region, and from that day until mid-April, our SPPs were disconnected from the grids and did not generate electricity.

In general, since the beginning of the invasion, the number of dispatching teams to reduce the load has increased, which has entailed a decrease in generation and, accordingly, a decrease in income and an increase in costs for compensation of imbalances, revenues for realized electricity and payments of compensation for restrictions have significantly decreased. This caused financial difficulties associated with the impossibility of fulfilling one’s obligations. Although it must be said that the situation with calculations has improved a little lately. And the current restrictions on the transfer of currency payments abroad made it completely impossible for the company to fulfil its obligations under foreign economic contracts concluded by February 24, 2022. 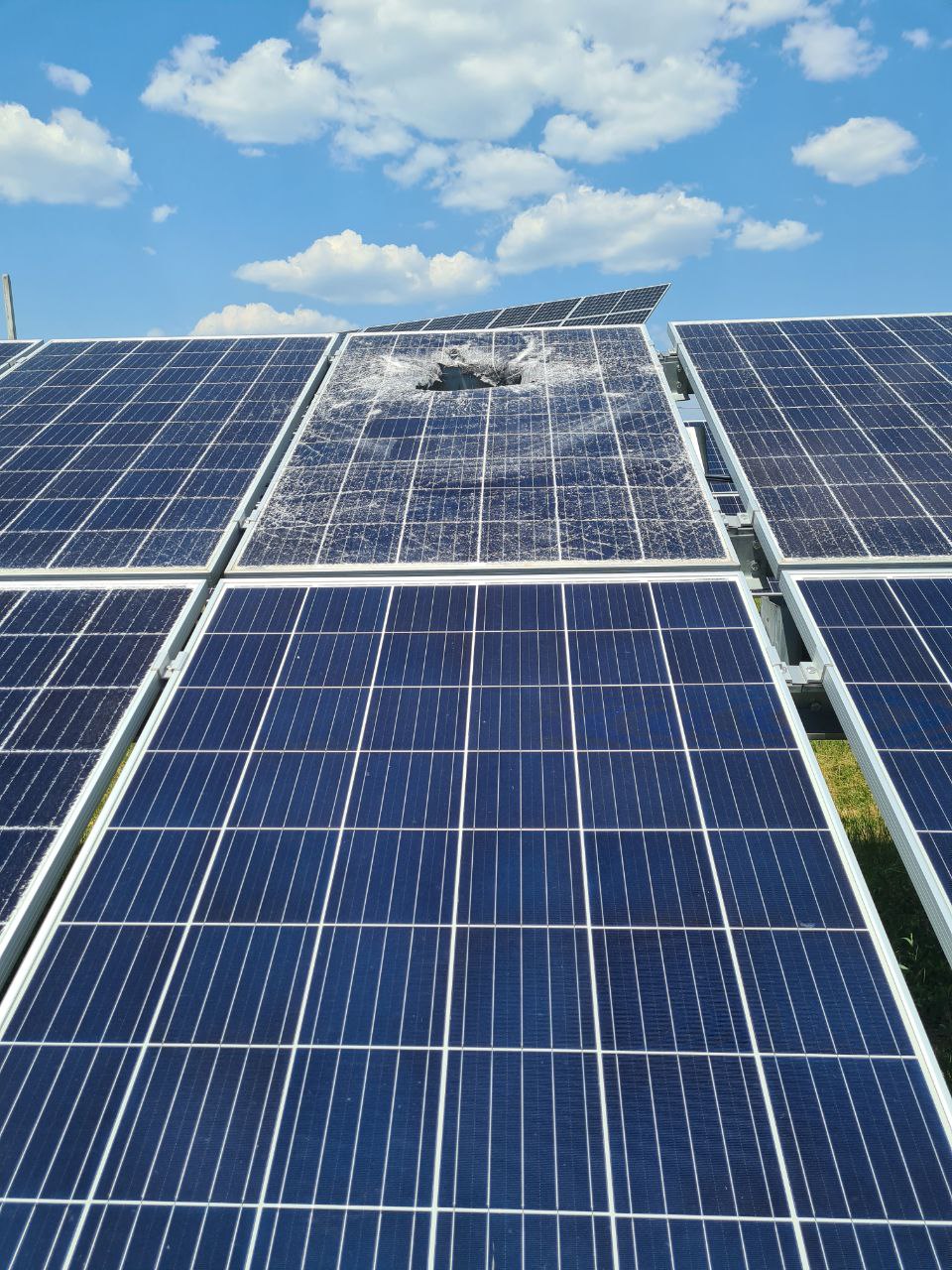 With the beginning of the war, how did your operators react to the commands of the dispatchers?

As I already said, from February 24-25, 2022, there was a complete lack of communication with the stations. The operators managed to accept only the command to limit the generation, which arrived on the morning of February 24. And on March 1, I myself called the dispatching service of NPC Ukrenergo to find out whether the restriction command is still in effect. The connection, including the Internet, was restored on April 15, and from that day our dispatch service resumed work in a relatively normal mode.

In my opinion, the system operator was not ready for such tests.

How did the stations survive the occupation? What management decisions helped to get out of the crisis?

At the beginning of March, one SES survived shelling from a helicopter, as a result of which the equipment was partially, but not critically, damaged. So currently the station is working, although not at full capacity. We are lucky that the stations are located outside the population centers. Therefore, uninvited “guests” visited us only at the end of March, actually before the de-occupation itself. They drove into the territory of the station in an armored combat vehicle, ramming the gates. Of course, they entered the premises, conducted a search, turned the cabinets and bedside tables, and checked the employees’ phones. Fortunately, there were no casualties. 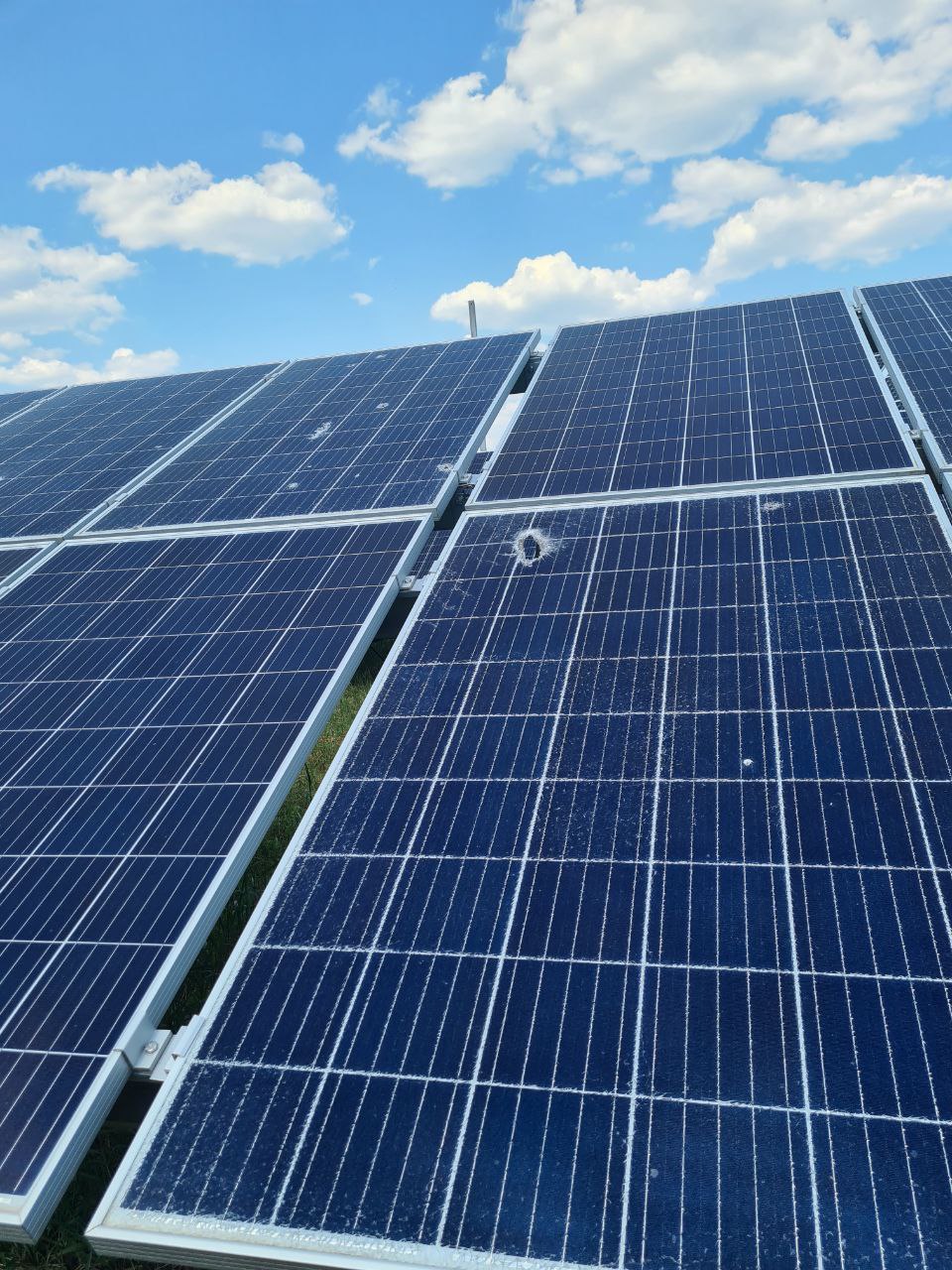 The worst thing about this situation was that there was no stable communication with the workers, as well as the fact that these areas were isolated, as a result of which it was practically impossible to provide our workers with bread, food, medicine, necessities, not to mention their evacuation. At the same time, in March we found a way to deliver humanitarian cargo to the workers, and although it was risky, I am grateful to the people who helped us deliver the products to the station and take those who wanted out of the occupation. And, of course, I am very grateful to our courageous employees who, out of a sense of duty, did not leave the stations to their own devices and continued to perform their functions.

We constantly maintained contact with the Internet provider, the operator of the distribution system, with NPC Ukrenergo, manually formed the actual volumes of generation, and transferred the OSR for timely uploading to the MMS platform. And already after the de-occupation, various resources were used to help restore the networks.

What do you see as ways to solve problems with green tariff payments? In your opinion, the industry will develop more actively after the war, or will there be further restrictions from the authorities?

The problems with payments under the green tariff did not arise after February 24, 2022, but were, in my opinion, artificially, if not created, then deepened, back in 2020. This is the heavy politicization of green generation issues, the import of electricity from Belarus and Russia, the manipulation of electricity, the failure of the market regulator to respond to challenges, and the Ministry of Energy’s groundless interference in the work of the guaranteed buyer, and constant demands between Ukrenergo and the guaranteed buyer.

My physics teacher once said: “All genius is very simple.” So, to paraphrase, the ways to solve the payout problem are actually quite simple but involve making unpopular decisions. Firstly, electricity tariffs for household consumers must be adequate and support the cost of electricity production and transmission.

Secondly, an effective fight against the manipulation of the electricity market at the legislative level and by the regulator, which, in my opinion, does not cope or does not want to cope with its functions. This is evidenced by his chaotic and untimely decisions, as if from an attempt to return to the old model of functioning of the electricity market. In fact, this would erase years of painstaking work on establishing a new market model and unification with the European energy system.

Thirdly, the source of payment under the green tariff can be the fee for the interstate crossing for the export of electricity, this was also repeatedly discussed by the system operator and market participants. And, thanks to me, it is known that these funds are indeed partially directed to the repayment of debts to manufacturers. By the way, in recent days, the buyer of the payments made to repay debts for the purchase of “green” electricity in 2021 has been guaranteed.

Unfortunately, I do not yet see the prerequisites for the active development of the industry. The “green” tariff was unilaterally reduced by the state and, unfortunately, the state did not finally fulfil its commitment in exchange for this obligation to make settlements with green producers; in 2022, for the period of martial law, the regulator fixed the tariff at the level of the exchange rate as of December 30, 2021 (≈30 hryvnias), and today the official exchange rate of the euro has already exceeded the mark of 36 hryvnias; delays in payments to producers and limitation of these payments; uncertain situation with compensation of imbalances; constant generation restrictions by Ukrenergo; and, in the end, it is observed that the state, the regulator and the system operator have any strategy to solve the problem of green energy. All this does not inspire optimism. If the state policy regarding producers from alternative energy sources does not change, then, in my opinion, it is not worth expecting any significant activation in this area.

What does Lyudmyla Polunina dream about today, and what are her goals for the company’s development in the short term?

I think I will not be wrong when I say that my first dream, like every person in Ukraine, is our victory. I sincerely believe in victory and am sure of it. Now we have to work a lot! First for the victory, and then for the reconstruction of the country. To do this, we need to unite for victory, and this should not be empty words, we must actually do it.

I still dream that one fine day we will wake up in a country where the equality of subjects of any legal relationship will not just be a declared norm in the Constitution, but a reality. I want our state institutions to finally match words and deeds. Because in words, especially in front of our Western partners, our state does only that which develops and supports the renewable energy sector, and in the future, the opposite happens – the state systematically makes management decisions aimed at discriminating against the RES industry, as a result of which the latter is currently experiencing a deep crisis and is on the brink of destruction, and there is still no strategy to support it and restore investor confidence.

In the short term, our task is to implement a set of measures aimed at restoring damaged objects and compensating for the damage caused by the aggressor. We also plan to participate in the creation of an electricity storage system. This is a fairly promising field of activity, which allows for a significant balance between the power system and the electric energy market.

And in general, I want to finally work in a normal mode, to ensure the generation of “green” energy and thereby make my small contribution to the protection of the environment. I want to see our company prosper and be successful in a successful and flourishing Ukraine. And we will do everything possible and impossible to make these dreams come true.