Storage systems contribute to the sustainable operation and balancing of renewable energy and favourable for energy networks – only this is enough for the priority development of storage in old power grids of Ukraine, with a very high % of electricity losses.
However, today, taking into the account still high cost of technology, in the most developed countries for the next 3-5 years introduced incentives in the form of subsidies, or surcharges to tariffs, or tax incentives, etc., to those companies that develop storage systems. This is the only way to achieve the development of energy storage systems in Ukraine.
We decided to investigate what the most technologically available types of energy storage, and what are the most significant shortcomings?
Energy storage types include batteries, thermal or mechanical systems with different subspecies. All these technologies can be combined with software that can control the charge and discharge of energy and balance solar energy and in RES general.
Batteries
There are various forms of batteries, including lithium-ion, flow, lead-acid, sodium, and others designed to meet specific power and duration requirements.
Initially used for consumer products, lithium-ion batteries now have a range of applications including smaller residential systems and larger systems that can store multiple megawatt-hours (MWh) and can support the entire electric grid. These systems typically house a large number of batteries together on a rack, combined with monitoring and management units. For example, a system the size of a small refrigerator could power an average home for several days. A utility-scale system of 100 MWh could fit on less than 0.5 acres.
Lithium-ion batteries have received a lot of press for their rapidly declining costs, due to the growing popularity of electric vehicles.
Mechanical Systems
Flywheels
Flywheels store energy in a rapidly spinning mechanical rotor and are capable of absorbing and releasing high power for typically 15 minutes or less. However, more extended duration systems are being developed. These systems can balance fluctuations in electricity supply and demand where they respond to a control signal adjusted every few seconds. They also recapture braking energy from electric trains in some installations or provide short-term power until a backup generation comes online during a grid outage.
Pumped Hydro Power
Pumped hydroelectric facilities are the most common form of energy storage on the grid and account for over 95% of the storage in use today. During off-peak hours, turbines pump water to an elevated reservoir using excess electricity. When electricity demand is high, the reservoir opens to allow the retained water to flow through turbines and produce electricity. Siting these systems can be difficult because of the terrain needed (an upper and lower pool of water) and large footprint.
Emerging Technologies
A flow battery, or redox flow battery is a type of electrochemical cell where chemical energy is provided by two chemical components dissolved in liquids contained within the system and separated by a membrane.
Compressed air, superconducting magnets, underground pumped storage, and hydrogen storage are all forms of emerging energy storage that are in different stages of development but could be implemented in the nearest future. 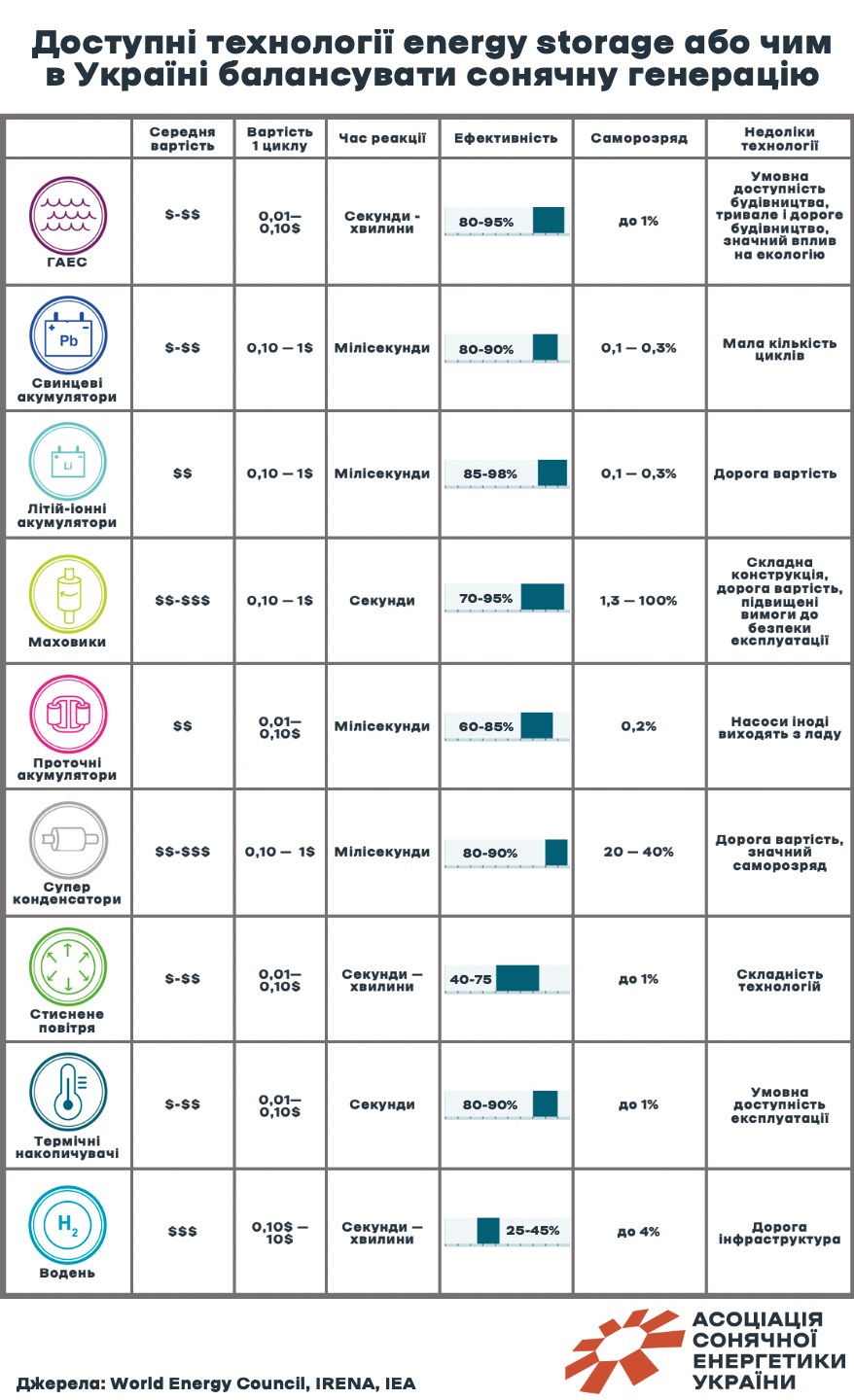